jvr7 3rd String
Cougarnation Lost One of Its Finest on Saturday
Last fall when Tanner's ball sailed into Mitch's arms in the stands there was a Dad, with his almost-eight-year-old daughter, going crazy. They might have looked like any other Cougar fans, but if you looked closer under the Dad's hat there was a white mesh head covering. He was wearing a special device that sends electro-pulses to slow tumor growth. 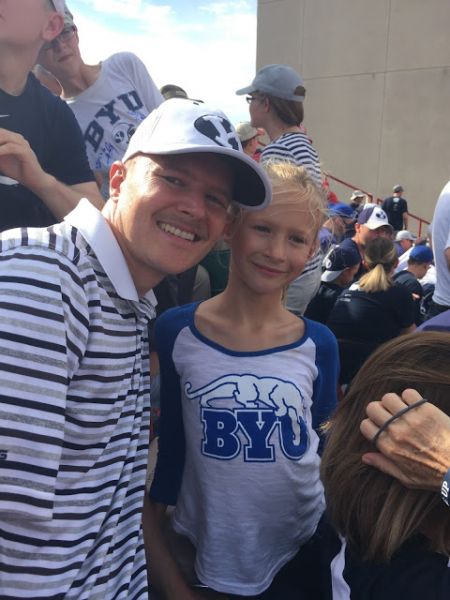 About 17 months before that trip he had been diagnosed with an aggressive form of brain cancer called glioblastoma. He was already beating the odds by living that long. He was taking his 2nd daughter on her special 8 year old birthday trip to watch a BYU football game with Daddy. A tradition he started with his oldest daughter 2 years prior.

In my home in Florida I too was going crazy couldn't believing what I saw. As I re-watched the replay over and over again, I wondered if my brother was watching his last football season. With everything inside of me I didn't want it to be, but I feared it might be. My celebration that day was extra sweet as I thought of those two going nuts in War Memorial Stadium.

It wouldn't be his last game, his last was versus Cincinnati with his Dad and brothers at Lavell Edwards Stadium. He asked us if we could all come to watch it together. I flew from Florida, he and another brother flew up from Phoenix, another flew in from California and another drove down from Ogden to stay at our parents home in Orem and watch the game. He is as true blue as they come and followed them ever since he was a little boy. 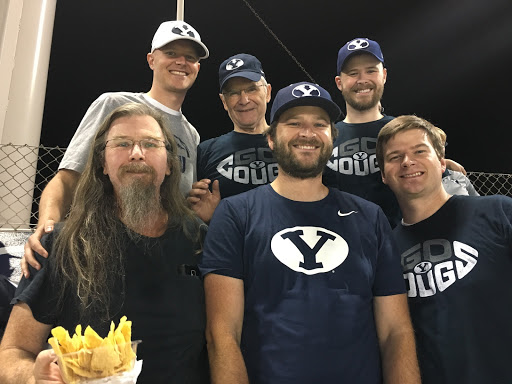 He followed Cougarboard closely. He posted here as Ricken, although he didn't post a lot. He loved knowing the very latest on Cougar sports. He loved reading everybody's posts. He described it like a giant elder's quorum (with a few of the coolest girls in it - like our sister) where you could talk about sports, politics, religion, tech, music, movies, etc. He was very touched by Buzzard's posts about a year ago and sent me a draft post he had written about his story to share with everyone. He never posted it, but I loved reading so much that I just might post in the next couple of days, sorry Jacob, ha ha!

He went to school at BYU and later to law school, made it as an editor of Law Review and was hired by a top national firm in their Phoenix office. He was a successful attorney, served faithfully in the Church and was on the board of a non-profit. But more than anything, he was a wonderful husband and father. He loved his kids and wife more than anything. He went through so much with this disease and it's subsequent treatments but never complained. Never. 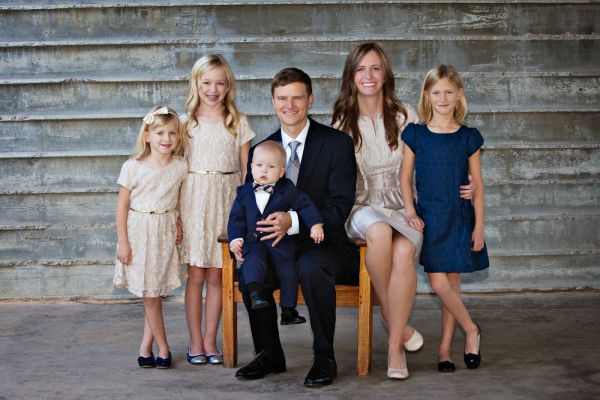 In January in an MRI they found some new growth and he had to decide whether to have another surgery. He had already had 4 major brain surgeries and the strain to mind, body and spirit had taken its toll. He had experienced nausea, exhaustion, aphasia (where you lose your speech), debilitating pain that caused him to be in bed for days and seizures among other things. The thought of another surgery and recovery was daunting. Jacob and his wife took a few days to make a decision but there was a part of him that wanted to be done and live out his life in peace realizing that the end was likely close anyway, but when they told their children, they wept and he renewed his determination to submit his body to extend his life for the benefit of his wife and children.

I have known many Christ-like people in my life, but I have never seen someone so clearly submit themselves to extreme suffering for the benefit of others. My admiration knows no end for this fine brother of mine. It did somewhat extended his life, but not as much as they had hoped, because a few weeks after the surgery they found new growth that couldn't be treated. Even though he was present, his speech continued to decline to the point where he could only say a few words. Besides yes and no, the words he most uttered were "I love you". I will never forget hearing those words, holding him close and holding his hand as I saw him for the last time. They were the words that he repeated over and over to his wife and his children in his remaining days. 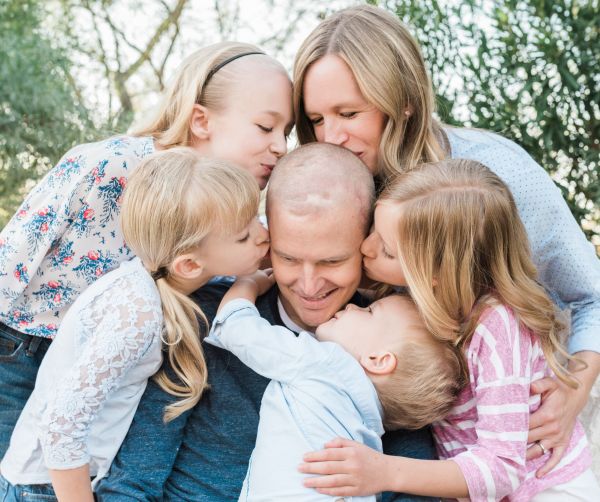 His wife, Jordan is one of the most wonderful people you will ever know. I have felt great comfort knowing that she has been by his side giving the most tender care throughout this terrible ordeal. She has written many, many wonderful and inspiring things on her blog, that are worth reading: http://jtrainride.blogspot.com/

I posted this because I want people to know what a great man my brother, Jacob Robertson is. Also, if you would remember his sweet family in your prayers, I would appreciate it. I have also followed the board closely and know there are many who have great faith and that your prayers will be heard.
Report problem with this ad
Report problem with this ad
Messages
Author
Time
Cougarnation Lost One of Its Finest on Saturday

campilobaxter
4/25/16 7:22pm
Thanks for taking the time to share with us. God bless your brother's family.

kalifi
4/25/16 7:27pm
Thank you for sharing this story. Life is so fragile. Prayers to your family

DrJaggers
4/25/16 7:39pm
Your brothers family will be in my families thoughts and prayers moving forward

Faceman
4/25/16 8:18pm
I am so sorry for your loss. Thank you for sharing; I loved reading about what a close relationship you have.

Sandstone Cougar
4/25/16 8:50pm
Thanks very much for sharing this, it meant so much for me to read

campilobaxter
4/26/16 2:49pm
Couldn't have said it better. He was also a lockdown defender on our

fox racer
4/26/16 2:25am
Deepest condolences for your loss and your extended family's loss