JohnnyComeLately Let's do this!
Tom Holmoe came through for my friend. One reason why I love this team.
I shared this story with my FO over the last couple weeks and wanted to share with gen pop as it's a great example of the type of players and staff that we affiliate with at BYU.

I work with a young man named Kevin. He was diagnosed at a young age with a rare type of Muscular Dystrophy called Duchenne's. This is a medical condition that destroys the muscle fibres in your body which stunts growth, causing excess fat buildup and the eventual degeneration of organs leading to an early and painful death.

Kevin is a big fan of BYU, and even though we live in Canada, he does not miss a game on tv. There are many times when we will stop by and chat about the team and about how we this is the year we are going to beat Utah.

Two years ago Kevin was called on a family history mission for the church. As he is bed-ridden his job was to index names. He would spend hours each day working on family history and indexing names for temple work. He recently completed his two year service mission and was released as a missionary.

About 2 weeks ago, Kevin took a turn for the worse. His mom was alarmed as he started passing large amounts of blood in his stool and in a short few hours he was on deaths door, fighting to overcome internal bleeding. His doctor and specialist said he probably wouldn't last the night.

About this time I was sharing his story to my FO and several of my Friends mentioned I should bring Kevin's story to the attention of Tom Holmoe. I got his information and got in touch with him. I told Tom about Kevin, the condition he is in, and how much he loves BYU football. I told him about Kevin's mission and how he had indexed over a 1000 names while being confined to his bed and receiving treatments every day. I shared with Tom how much Kevin loved BYU football and how we would talk about the Cougars regularly and how this year, we would finally beat Utah. Tom replied back and told me he would share Kevin's story with the team and see what he could do.

Well, yesterday I got an email from Tom which had this video with it. I stopped by and shared it with Kevin and his family. 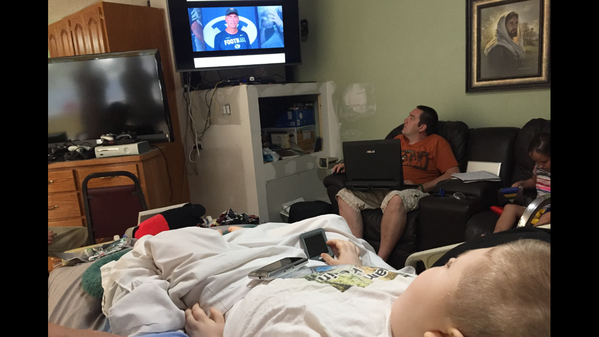 Here is Kevin watching the video. 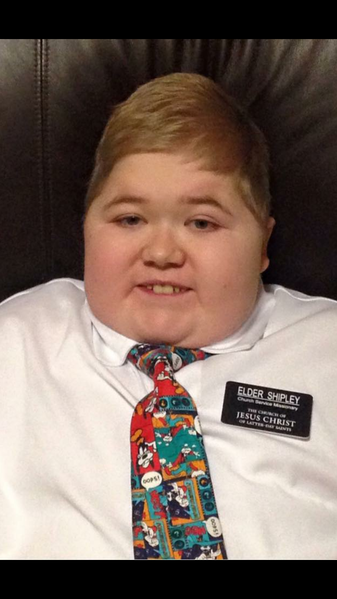 And right before he was released as a missionary.

RedHeadedStranger
8/25/17 8:54pm
I will. I've had others BM me or those on my FO share their thoughts as well and each one is passed on.